I’m not very good about listening to music, honestly: I don’t actively search for new music much anymore; I usually listen while working, only occasionally to I sit and listen to an album. Reading Laura’s top 40 albums of 2010 made me start to realize how much I missed last year.

Still, through the help of some friends, I did find a bunch of new artists I enjoy.

The rules for this unordered list are: the album was released in 2010, I first listened to it in 2010, and All Day is disqualified. I’m not even going to attempt an order or a single “best of,” but I’m going to restrict myself to 5 albums.

(It’s disqualified because I could probably just leave it on a loop until the end of time and be perfectly happy. It isn’t fair.) 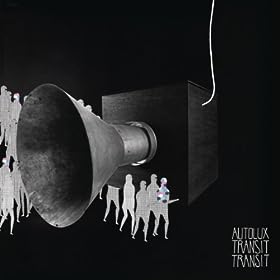 I discovered Autolux when my friend Heather dragged me to a show at Great American Music Hall. I hadn’t heard of them, but I was excited when I found out This Will Destroy You was opening. Two weeks later when I went to the show at the Bowery Ballroom, I was there for Autolux.

This is just really well-constructed indie rock. I particularly like the drumming from Carla Azar, but it’s an all-around good sound. I haven’t listened to 2008’s Future Perfect yet, but Transit Transit has elements of Air, of a post-rock group like This Will Destroy You or even Mogwai, and of “indietronica.” I’m a fan. 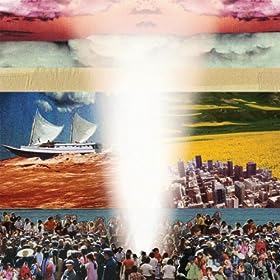 I doubt Broken Social Scene is capable of producing an album I won’t like. While it doesn’t surpass 2005’s self-titled release or 2002’s You Forgot It in People—really, what does? Anthems is one of my favorite songs of all time—it’s still a fantastic album. The opening track, World Sick, and Texico Bitches stand out as examples of why I love this group.

I got to see them, sans most of the girls, who were touring separately, at one of the last SummerStage shows of the year. (One of my photos even made it to NYMag‘s weekly roundup!) As always, they put on a great show, eschewing the mandatory “encore” and just not leaving the stage for 2 hours.

A new BSS record is a good sign for any year. This one really came through and I love it. 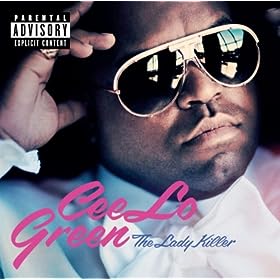 If Al Green and Jamiroquai had a wonderful love child, it would sound like Cee-Lo.

I was never particularly into Gnarls Barkley. I mean, I love Crazy, like everyone else in America, but I haven’t listened to much else, so Cee-Lo sort of came out of nowhere for me. My introduction was the alternative video created by… someone. I’m sorry, I wish I knew who. (If you know, comment and I’ll update this.) The official video is great, but I honestly found the “word” video to be brilliantly conceived and executed.

While the album as a whole starts strong and then tapers off a bit, I absolutely love the Band of Horses cover, No One’s Gonna Love You, that rounds it out. 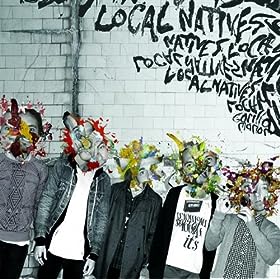 Another show a friend whose name starts with “L” convinced me to go to. I don’t even think I’d heard of Local Natives until the day of the show. I really love the guitar tone and melody these guys use. Like Autolux, they have great percussion work but here the other instruments have less of a post-rocky “noise” quality and it feels more balanced between all the voices.

Since I usually listen to whole albums, individual track names are sometimes hard for me to pull out. I like this whole album, but if I had to pick a standout moment, World News would probably be it.

They also put on an excellent live show. Next time they’re back in town, I’ll definitely be there.

The most frustrating musical discovery this year was Sleigh Bells, because I first heard this album the day after they left Brooklyn on tour.

This is aggressively electronic rock. It’s loud and driving, even when technically the tempo isn’t that high. Alexis Krauss’ vocal work is excellent. I dig the hyper-produced sound and the way they use the drum machine to blend traditional percussion instruments with less common percussive sounds. Labels like “lo-fi” and “synth-pop” are correct but don’t really capture the sound.

I said I’d limit this to 5, and that was tricky. I really wanted six, but I realized that while I listen to some of these honorable mentions more than some of the above (Sleigh Bells, for example, requires a kind of specific mood) that didn’t mean I liked them more. Here’s a random number of other great albums from 2010:

There was some discourse on Twitter (yes, it's still there, for now) yesterday about the nature of Technical Debt and how effective it is as a metaphor. The real seed was the new boss arguing with—and eventually firing—one of the few remaining engineers on the Android team. But
I am no fan of "Root Cause Analysis." It's one of the many terms or concepts that software has borrowed from manufacturing—while ignoring the subsequent 70 years of research into human factors and resilience engineering. However, like Lorin, I admit that it has some value during incident response. It's

If you don't actually want to read this whole post (no shame at all) the tl;dr is that I'm going to try using a GitHub project to organize and hold myself accountable for open source maintenance. Mental health is a weird thing, sometimes. Like, oh I don't know, everyone,